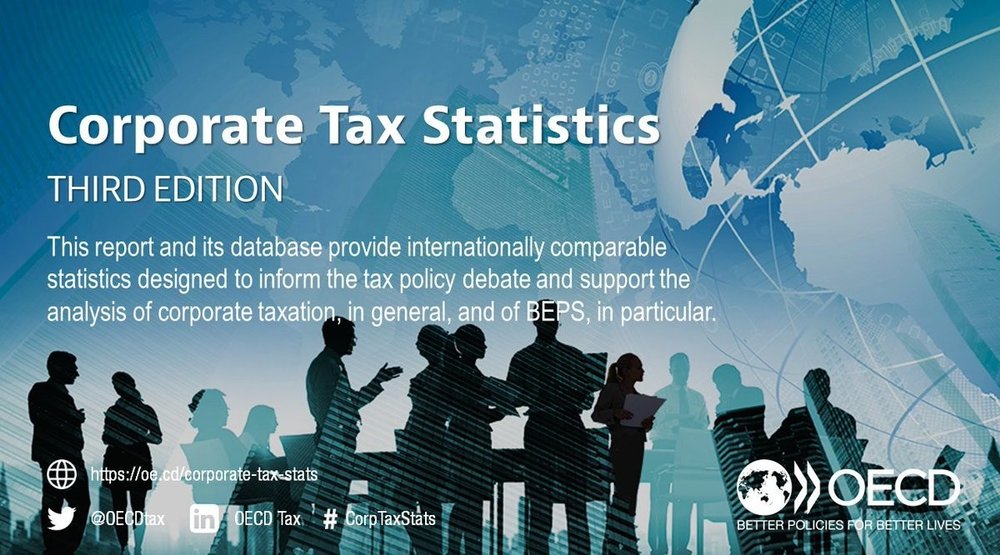 New data, released on 27/07/2021 underlines the importance of the two-pillar plan being advanced by over 130 members of the OECD/G20 Inclusive Framework on BEPS to reform international taxation rules and ensure that multinational enterprises pay a fair share of tax wherever they operate. Working with over 100 countries, the OECD is a global policy forum that promotes policies to improve the economic and social well-being of people around the world.

The data, released in the OECD's annual Corporate Tax Statistics publication, shows the importance of the corporate tax as a source of government revenues, while also pointing to evidence of continuing base erosion and profit shifting behaviours.

Under the two-pillar solution to address the tax challenges arising from the digitalisation of the economy, Pillar One would re-allocate some taxing rights over multinational enterprises (MNEs) from their home countries to the markets where they have business activities and earn profits, regardless of whether firms have a physical presence there. Pillar Two seeks to put a floor on competition over corporate income tax, through the introduction of a global minimum corporate tax rate that countries can use to protect their tax bases.

The database compiles new data items and statistics currently collected and stored by the OECD in various existing datasets. The third edition of the database contains eight main categories of data:

New Country-by-Country Reporting data also provides aggregated information on the global tax and economic activities of around 6000 MNE groups headquartered in 38 jurisdictions and operating across more than 100 jurisdictions worldwide. Country-by-Country reports (CbCRs), which are a major output under the OECD/G20 BEPS Project, provide tax authorities with the information needed to analyse MNE behaviour for risk assessment purposes. The release of today's anonymised and aggregated statistics will continue to support the improved measurement and monitoring of BEPS.

The data contain some limitation and comparability between the 2016 and 2017 data is limited. Nonetheless, the new statistics suggest continuing misalignment between the location where profits are reported and the location where economic activities occur. This can be seen through differences in profitability, related-party revenues, and business activities of MNEs in investment hubs and zero-tax jurisdictions compared to MNEs in other jurisdictions. While these effects could reflect some commercial considerations, they are also indicate the existence of BEPS.

Evidence of continuing BEPS behaviours as well as the persistent downward trend in statutory corporate tax rates reinforce the need to finalise agreement and begin implementation of the two-pillar approach to international tax reform.

This year's database also includes new indicators highlighting the use of tax incentives for research and development (R&D) investments. The indicators, which are accompanied by a new working paper, show that in 2020, among OECD countries offering tax support, R&D tax incentives decrease the effective tax rate on R&D investments by around 10 percentage points on average, compared to non-R&D investments.

Source : OECD (Working with over 100 countries, the OECD is a global policy forum that promotes policies to improve the economic and social well-being of people around the world)